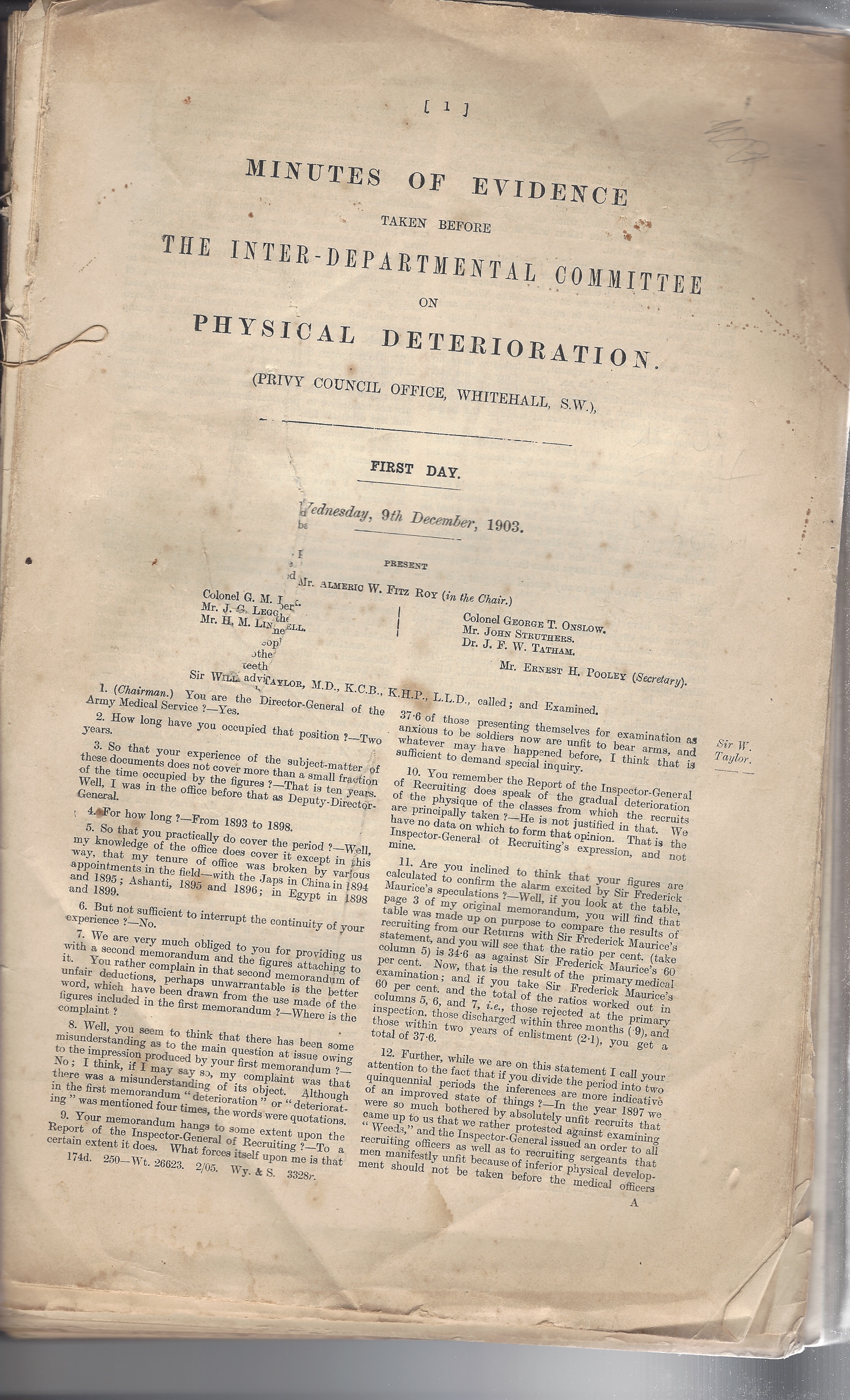 By: HMSO (His Majesty's Stationery Office)

A reading copy, only - binding largely disintegrated; front wrapper missing; though all pp seem to be present. In the wake of poor showing by British soldiers in the recent Boer War, mainly due to deficient diet, upbringing and education among the poor, the Inter-Departmental Committee on Phyical Deterioration was established, and presented its report to Parliament in 1904. Not quite an early stirring of the Welfare State, but certainly an early pointer to it. ; 4to (8 1/2" x 13"); 504 pages