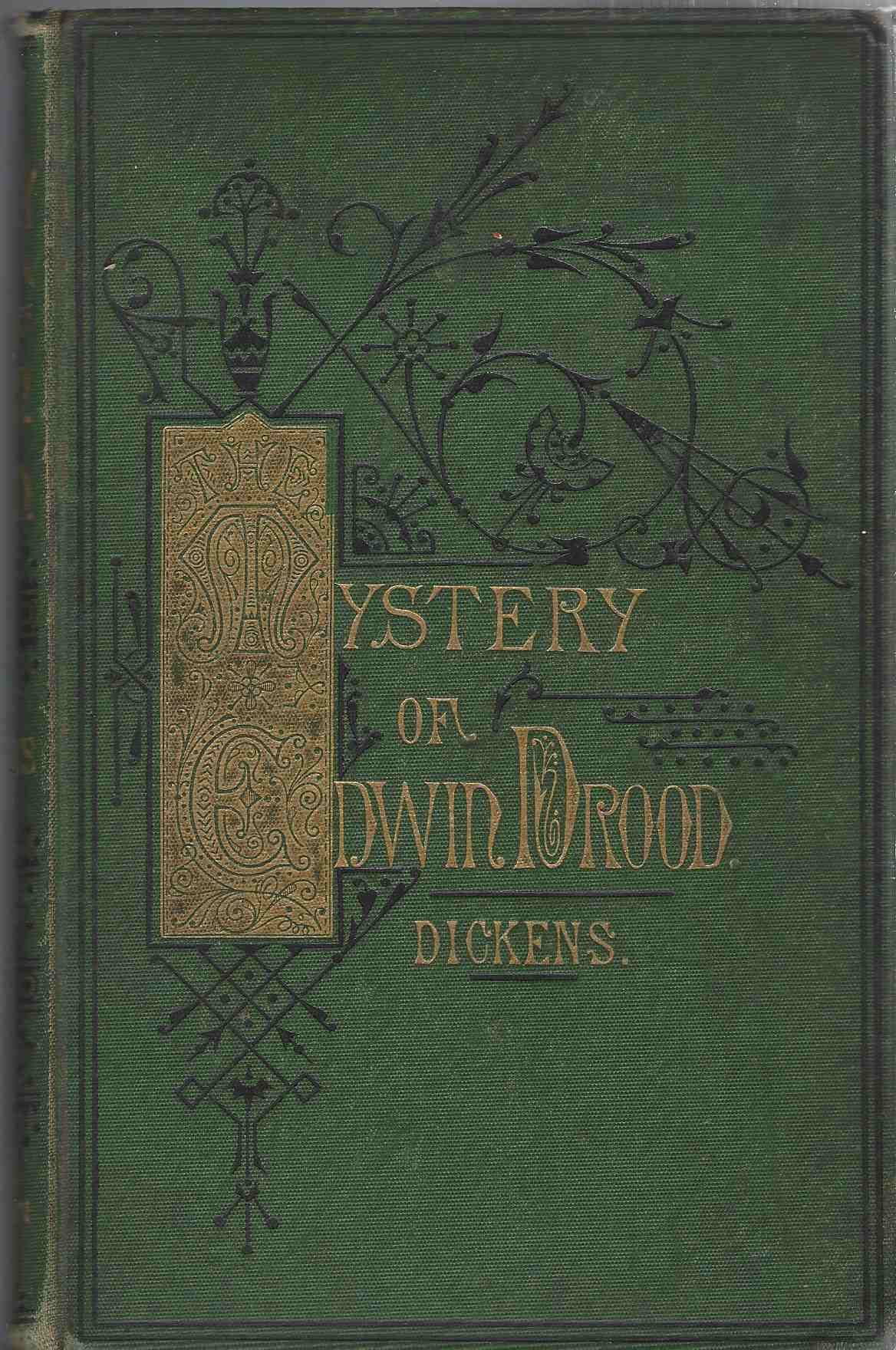 The Mystery of Edwin Drood

Green cloth boards with clear gilt and black text and design on front and spine, a trifle marked; corners bumped; light wear to head and tail of spine; binding tight. Gilt titling a trifle dull, but still very legible. Lightly spotted throughout. App 3" horizontal split on p7/7, but no loss. Owner's name on Vignette Title Page dd August 1870. Illustrations: Portrait and Vignette Title Page, and 12 illustrations by S.L. Fildes. Bound in at rear: 2pp catalogue of Dickens's works; 30pp catalogue of new & second-hand books from W.H. Smith, dd May 1872 (some catalogue pp uncut); divers contemporary ads (one advt torn vertically in half -- ie right side of page missing). Publisher's note dated 12th August 1870: "All that was left in manuscript of EDWIN DROOD is contained in the Number now published-- the sixth. Its last entire page had not been written two hours when he event occurred which one very touching passage in it (grave and sad but also cheerful and reassuring) might seem almost to have been anticipated. The only notes in reference to the story that have since been found concern that portion of it exclusively, which is treated in the earlier Numbers. Beyond the clues therein afforded to its conduct or catastrophe, nothing whatever remains; and it is believed that what the author would himself have most desired is done, in placing before the reader without further note or suggestion the fragment of THE MYSTERY OF EDWIN DROOD."; 8vo (6" x 9"); vii+190+ads+Pblr's cat. pages

Title: The Mystery of Edwin Drood

The Mystery of Edwin Drood