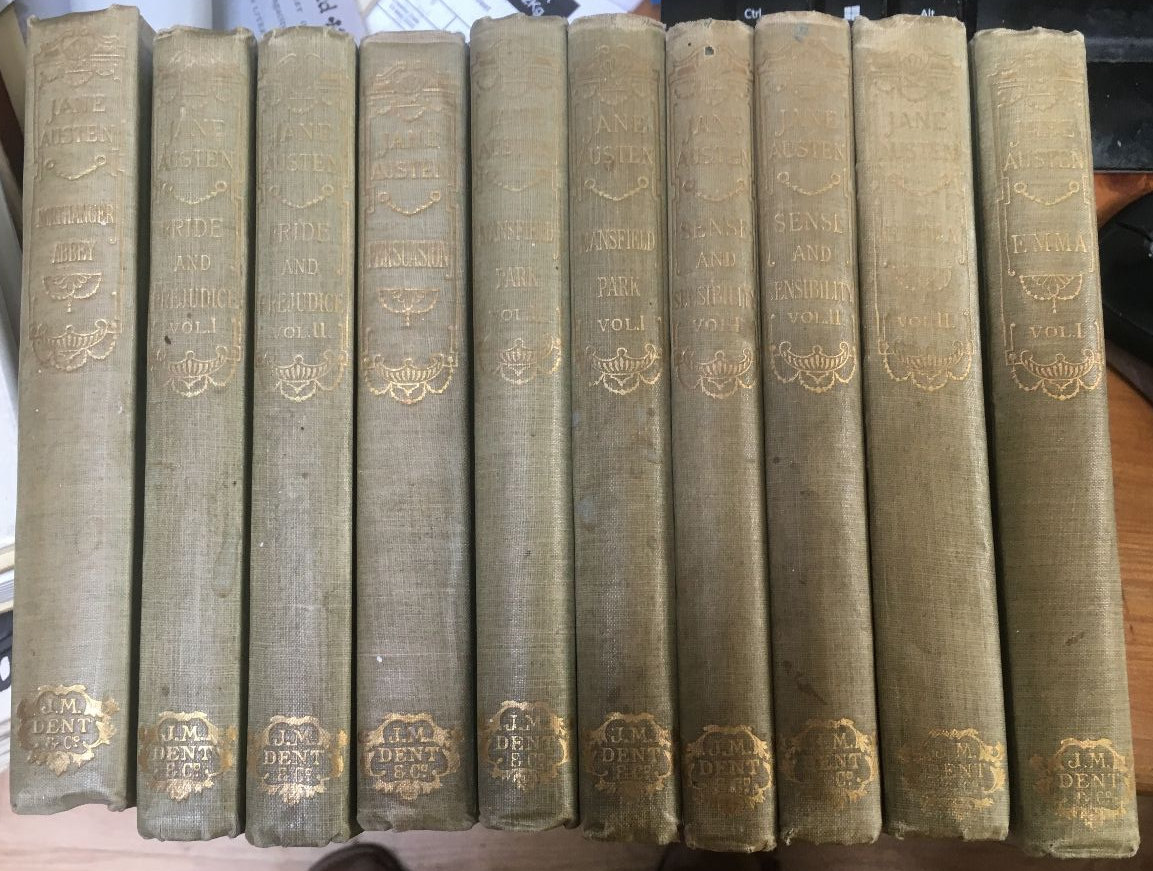 The Novels of Jane Austen in Ten Volumes

Ten volumes complete, Emma in two volumes, Sense and Sensibility, two vols., Mansfield Park, two vols., Persuasion and Northanger Abbey in one each, and prided and Pride and Prejudice in two. This is a mixture of the fourth and the sixth issue of this edition, uniform but of various dates; Emma 1903, Sense and Sensibility, 1898, Mansfield Park 1897, Persuasion 1902, Northanger Abbey, 1897 and Pride and Prejudice, 1905. Green boards, all a bit marked, gilt tilting slightly faded, tops and bottoms of spines rubbed, the Ex Libris printed on all the front pastedowns has been filled in (Margaret Tuck Oct '46), and in two previous owner's name (Marion Bethel) has been crossed through and Ms Tuck's name written in; the text in all is unmarked, there is a little spotting to the endpapers in all volumes, front joint very slightly exposed in vol. one of Pride and Prejudice, all vols have a frontispiece and two other plates by William Cooke, except P & P which has frontis by Zoffany of the author. which is slightly dusty at bottom edge, otherwise all illustrations are bright. A nice set. ; 10 Volume Set; 4.75 x 7" each volume

Title: The Novels of Jane Austen in Ten Volumes

The Novels of Jane Austen in Ten Volumes